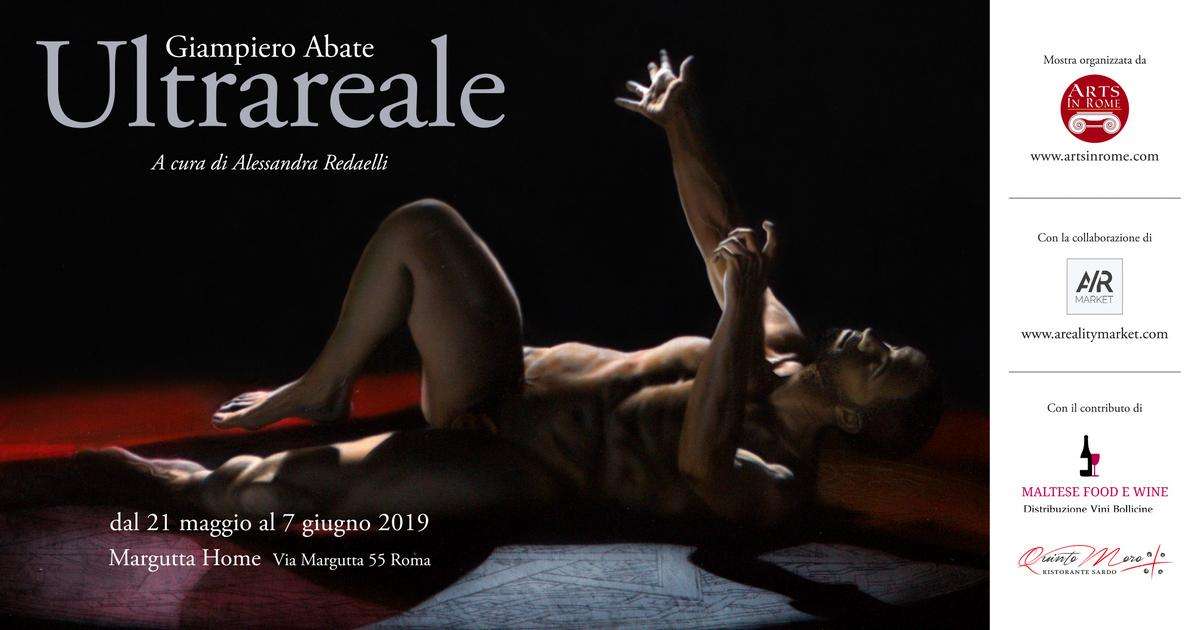 The role of art today, having just entered the third millennium, is more complex than ever to define. Almost completely exhausted the task of the avant-gardes, now so stiff in their mental schemes that they have become the real academy, perhaps it is up to painting to rethink art as a whole. Painting so mistreated in the past is today the bridgehead of a revolution of taste aimed at recovering tradition and beauty. But this is where the deal gets complicated. What is beauty and what role does beauty play today? When in 450 BC Polykleitos writing the Canon laid the foundations of the eternal aspiration to beauty, art sought reassurance in the perfect proportion that went far beyond aesthetics to touch on areas that touched the absolute. Today, on the contrary, beauty is a concept that seems to have become antithetical to art, something that seems to weaken it. Beauty is left to the past, almost a concession (a face by Raphael, a Venus by Titian), while contemporary art feels the duty to be disturbing, painful, anti-graceful. Damien Hirst collects hundreds of thousands of dead flies and traps them in resin, Marina Abramovic cuts her belly until it bleeds, Andres Serrano closes himself in a morgue to photograph corpses whose glassy eyes and waxy skin, and who tries to make us smile – Jeff Koons – does so by touching our most superficial, hedonistic strings, magnifying dog-shaped balloons in painted steel (and making millionaires auction records) and burying us in the molasses of kitsch.

Giampiero Abate, a well-rounded painter with an indisputable mastery of the subject, decides to disrupt the cards and work on beauty. Not only because his works are imbued with beauty (and perfection and harmony), but because it is precisely an investigation into beauty and our relationship with it that is the basis of his new series of works.

Ultrareale is not a title chosen at random. Ultra real is something that goes beyond the real, not because it exceeds it in precision (it is not hyperreal, so to speak), but rather because it transcends it. Technical perfection is not art. It is an art, but it is not art. Art is the genius of those who know how to use their painting skills to get to the bottom and tell us something we don’t know. Or perhaps – better still – something that we have very clear inside, but that we don’t have the strength to pull out. The work of art is such and reaches its purpose when the intention of the artist, fatally personal, meets the universal and therefore the viewer, who suddenly feels like a shock. An acknowledgment. This happens in front of the works of Giampiero Abate, who manages to give the icy perfection of an airbrush painting the emotional power that touches inside and forces us to think.

This project starts from the Platonic solids: the most perfect one can think of in the universe. Cited by Plato in Timeo , studied by Piero della Francesca and Paolo Uccello, investigated by Luca Pacioli and illustrated by Leonardo da Vinci, these five forms have crossed over the centuries the history of art and the history of science, fascinating for their absolute regularity. The tetrahedron, the hexahedron (or cube), the octahedron, the dodecahedron and the icosahedron are the only solids that have congruent regular polygons and equivalent edges and vertices for faces, and are also the only figures that, inscribed in a sphere , have all their vertices on the surface of this. Absolute perfection, we said. So a totally abstract idea? No. And here begins that delightful short-circuit between the real and the artificial that underlies all the works of this project. Platonic solids are not abstract, but they exist in nature. Sodium chloride, for example, is arranged in hexahedron, while calcium fluoride crystals have the perfect octahedron shape. A challenge to our fallible and confusing nature and a support to our atavistic need for order that the artists of the past have used from time to time as the subject of their studies on geometry and perspective but also as a demonstration of virtuosity, engaging in real competitions. . And not just in the distant past. If Paolo Uccello leaves us in the tiles of the Basilica of San Marco in Venice examples of exquisite trompe-l’oeil with stellated dodecahedrons inscribed within hexahedron circles, Salvador Dalí decides to set the Last Cen to today at the National Gallery of Washington sheltered by an architectural structure that is understood to be a dodecahedron, with part of the faces open to the sky.

Giampiero Abate’s operation, however, is totally different. In an era like ours devoted to perfection and control (not least physical perfection), an artist with his skill could only be attracted by the mental short circuit that beauty and perfection are able to create. Truth and artifice, therefore, the real and the ultra-real play sideways in these works, creating in the viewer a continuous sense of disorientation due to a technique that is too little to define photographic. The Platonic solid, here, is not a pretext for a demonstration of virtuosity, but rather the protagonist, the ideal fulcrum of the work. Hovering in thin air like an alien planet, unattainable in its perfection, the geometric object appears endowed with a sort of dark power that confronts us with our earthly finiteness with an almost brutal cruelty. Next to him – an unequal antagonist in this battle, but intent on fighting to the end – the man appears. Giampiero Abate’s figures, men and women, offer us a 3.0 version of what we have always learned to read as the nude in art. The classical male figures (from Policleto to Michelangelo, up to Robert Mapplethorpe) as well as the Venus (from Titian to Manet, from Helmut Newton to Marc Quinn) become aseptic and perfect bodies here, so perfect as to leave the viewer with a sense of restlessness. Created by the artist through sophisticated 3D software, these men and women have no relationship with reality, and the very fact that they were not made in front of a real model makes them incredibly close to those solids with which they share space. The game – mind you – is incredibly subtle. Let’s think of Rodin. When in 1877 the sculptor presented his Bronze Age </ em> at the Salon, he was not yet considered an absolute master, as he will happen a few years later. At the time he was a very promising young artist. But that work is too much. Too true, too alive. So alive that the artist is accused of having made a cast from the body of his model, and a commission of inquiry is opened. Rodin’s fault is that of having interpreted reality too well: his nude does not have the perfect musculature, idealized as in classical statuary, but the artist was so skilled as to obtain the effect of the skin which, with its softness , softens the volume of the muscle. Here Giampiero Abate undertakes a similar, but inverse path: deceiving us about the perfect reality of his subjects through the verisimilitude of the epidermis, the detail of the muscles tense in the effort, the silky rendering of the hair, traps us in an illusion that the three-dimensional effect of his painting emphasizes to the point of giving us the temptation to reach out to test the roundness of that shoulder, the small swelling of the vein. But then the artist decides to give those figures white and empty eyes, the eyes of classical statuary. This is where we get stuck in the image. Because all the absolute certainties that each of these paintings provide us are dismantled one after the other. As soon as we are convinced that we have understood, a detail inexorably shows us that we are on the wrong path. The short circuit between the real and the artificial thus becomes a dialectical path in which if the real is the thesis and the artificial is the antithesis, the synthesis can only translate into that ultra-real we were talking about earlier. So what is the ultareal? A world that transcends reality, an aseptic and perfect environment in which our striving for impossible perfection inexorably collides with something infinitely greater than it, capable of annihilating it; a world in which this imperfect and mortal human nature has to deal with the impossibility of realizing its dream of perfection and immortality. A dream, however, which he is unable to give up. Truth and artifice, therefore, life and absence of life, possible and impossible, real and ultra-real, face each other here in a battle that takes the form of an inexorable fall from illusion, a fall that is not only physical but also metaphorical. Falling into Mannerist twists or already knocked down, while geometric perfection looms over them ready to crush them, Giampiero Abate’s demigods warn us against our ambitious aspirations to control the world and our destiny. In a society where cosmetic surgery allows us to transform our body almost without limits, where we can all experience the thrill of feeling a little god, recreating ourselves in the image and likeness of what we would like to be, the work of Giampiero Abate in its impeccable perfection it confronts us with ourselves and with that finitude that we should love, as an undeniable sign of our humanity. With a painting steeped in tradition, powerful in the message, where the classical statuary and the magnificence of the Renaissance meet the subtle restlessness of surrealism and the cold cleanliness of digital art, Giampiero Abate canvas after canvas tells us the journey of man in spasmodic research of overcoming oneself. And his heroes, his warriors, his Valkyries and his demigods appear to us in the end, even in their icy perfection, imbued with a terrible and desperate humanity that suddenly makes us related to them, makes us empathetic. And he also tells us a little about us.