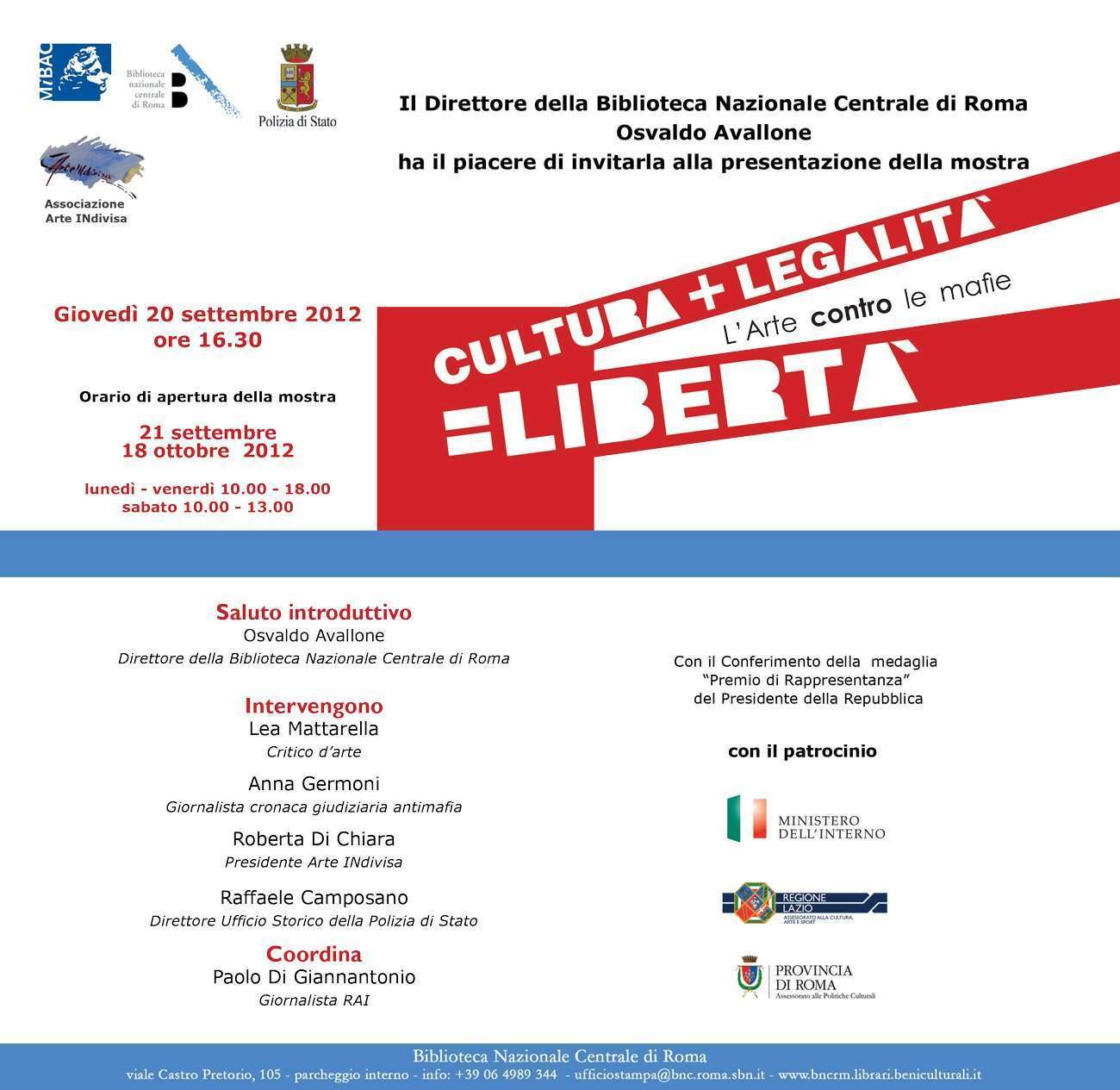 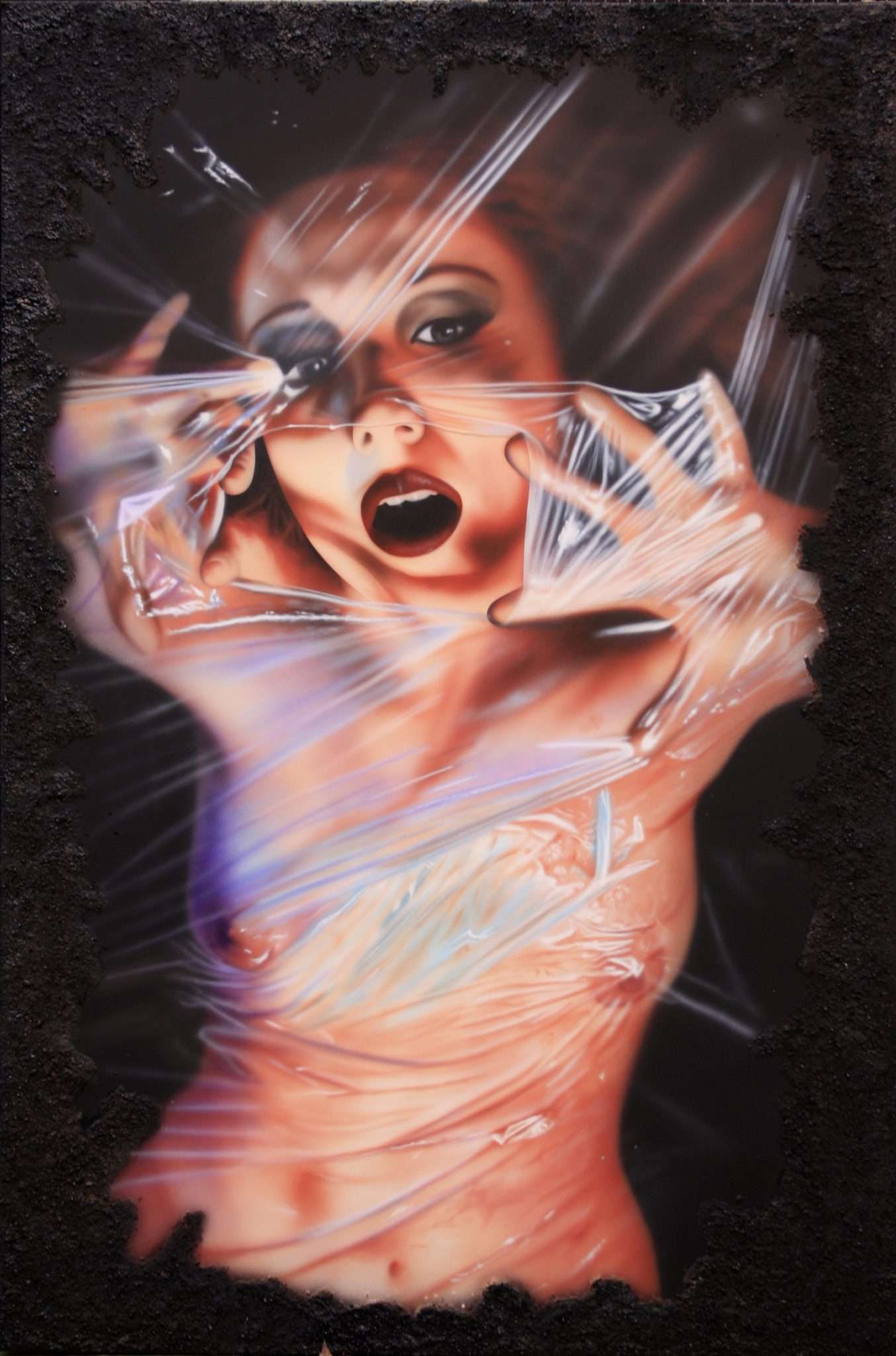 It was inaugurated on September 20, 2012 at 16.30 at the exhibition spaces of the National Central Library, in Rome the Roman stage of the itinerant art exhibition “Culture legality = freedom, art against the mafias”.

Artists of the State Police together with artists from the Italian and international panorama, bearers of a single message: to say no to illegality!

The exhibition was born with the aim of talking about the “mafias”, following the warning of the hero on the front line against the mafia Paolo Borsellino:

“Talk about the mafia. Talk about it on the radio, on television, in newspapers. But talk about it. “

Art therefore as a filter of social reality, an instrument of current and future freedom for an unusual vision in pills of what were the mafias, of what they are today and how they creep into our daily life. The event, created by the Cultural Association of undivided Art, in collaboration with the State Police and the Central National Library of Rome, on the occasion of the twenty years of the massacres of Capaci and via D’Amelio and the thirty years of the death of General Carlo Alberto Dalla Chiesa, It will be open to the public from 21 September to 18 October 2012 and represents the second stage of the itinerant exhibition, which opened its doors on November 24, 2011 at the Regional Museum of Natural Sciences of Turin, the first capital on the 150th anniversary of the unit of Italy.
The project, which has obtained the awarding of the medal \ “Representation prize”, of the President of the Republic Giorgio Napolitano, sees the sponsorship of the Ministry of the Interior, the Lazio Region, Province of Rome, the Municipality of Rome.

The event, curated by Roberta Di Chiara, was conceived by undivided art, an association born from the will of a group of artists belonging to the Department of Public Security (the art masters Claudio Lia, Giorgio Bisanti, Antonio Scarpelli and Roberta Di Chiara) with the aim of creating mediation between social reality and state police institution through art. The adjective/noun “undivided”, to express the will to express a sensitivity not free from the events of the world through the vision of those who live the social dimension every day wearing a uniform. Art therefore as a meeting between different but dialoguing experiences and points of view. Hence the need to host as many artists from the Italian scene within the exhibition.

Raffaele Camposano
Director of the Historical Office of the State Police 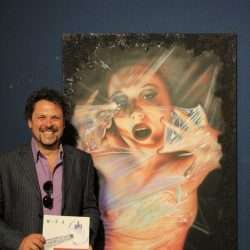 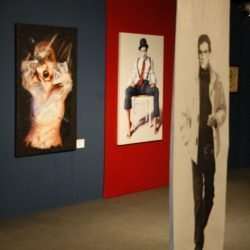 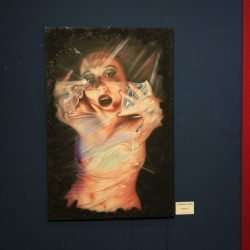 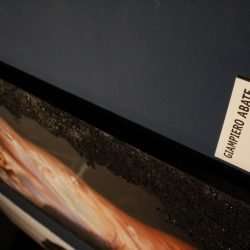 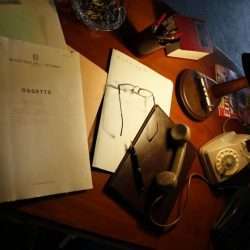 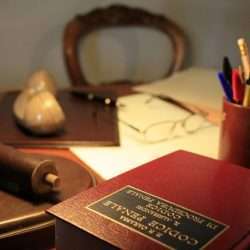 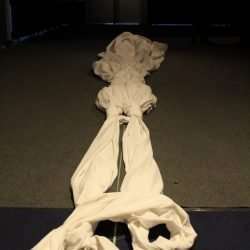 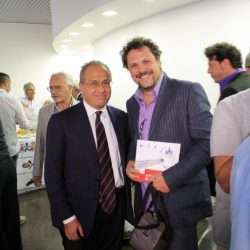 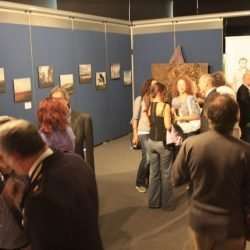 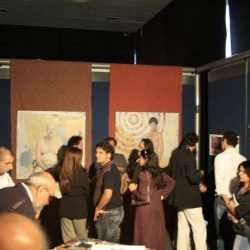 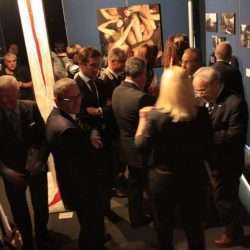 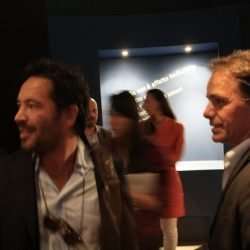