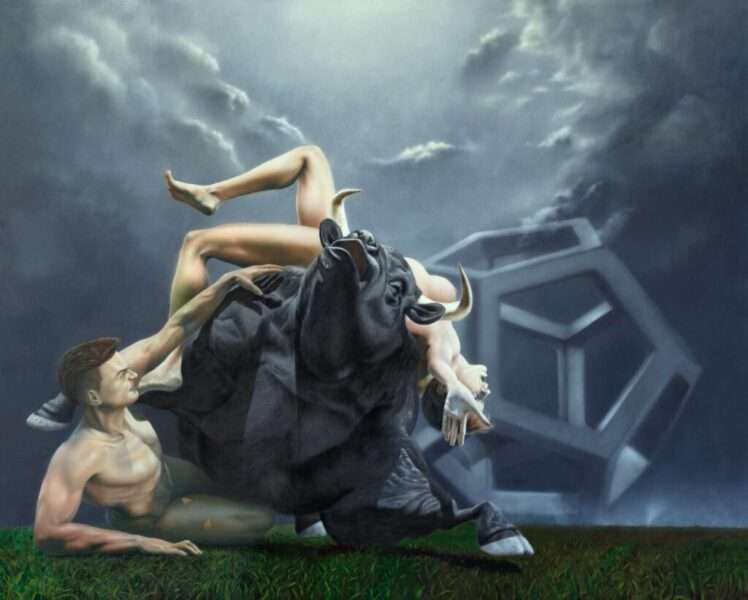 About the “Bullfighting” work

A convulsive movement of bodies, between capture and wriggling, between those who try to grab and those who are thrown, rejected.
This is Bullfighting

The Taurus is often used in various representations and allegories, including mythological ones: it is Jupiter, it is finance, it is strength and courage, it is the victim of a religious rite.
It is a mighty, strong, solid animal that faces adversity against the enemy, but it is also an animal that stands on its own.

Here is the symbol of Nature, against which men struggle, face it, try to dominate it, to overwhelm it.

In a gloomy, almost apocalyptic scenario, where a lush lawn dominates the supporting scene, a dodecahedron dominates the horizon: the Universe and its laws.

Will humanity be able to dominate and overwhelm the bull? Or will he be able to crush humanity? Will the laws of the Universe and Nature be able to find a balance in all this? 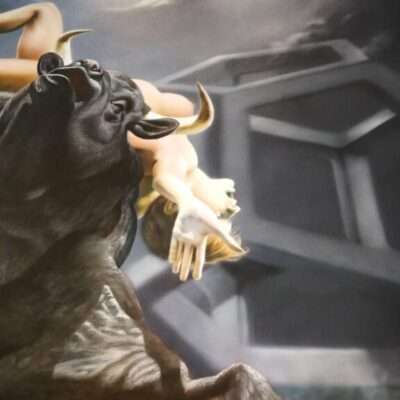 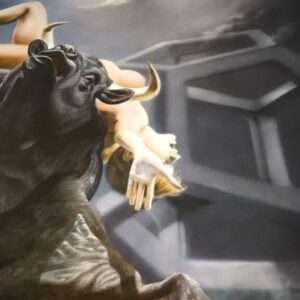 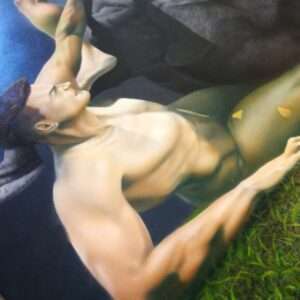 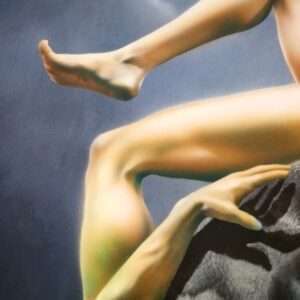 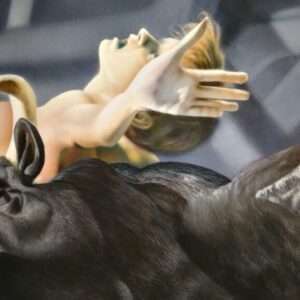 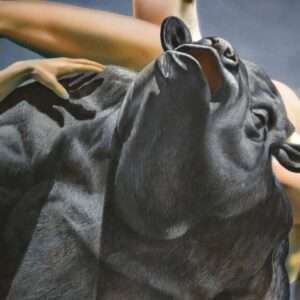 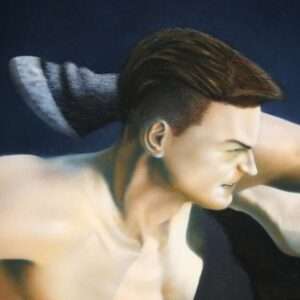 Other artworks from the Ex Naturae collection