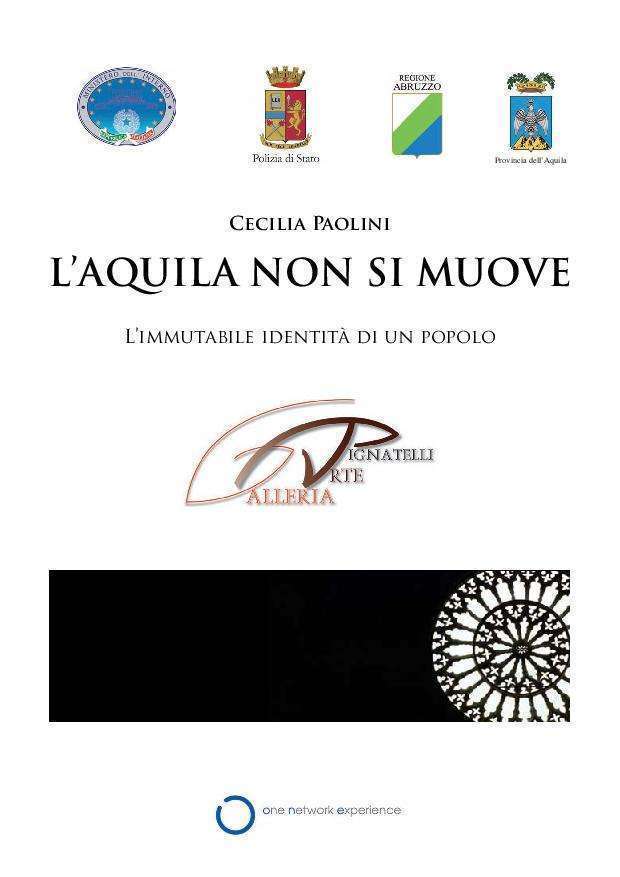 L'Aquila non si muove The immutable identity of a people

The G.A.P. Association It presents “L’Aquila does not move”, an artistic exhibition dedicated to the unforgettable beauties of the Abruzzo capital, now sadly remembered for the heartbreaking collapses that occurred following the violent earthquakes of April 2009, but always the territory of culture, the center of an invaluable heritage Artistic and landscape. The exhibition has as its main objective the promotion of that heritage, certainly torn by the natural catastrophe, however still existing and symbol of a cultural identity to be safeguarded. The exhibition, therefore, will aim to show how much the Abruzzo territory is still rich in a cultural heritage to be defended and enhanced despite being currently proven by repeated seismic shocks. The exhibition is divided into three parts.

The main collection consists of photographs of Abruzzo natives who have chosen to represent the infinite beauty of their city as it appeared before repeated collapses. This part of the exhibition is actually the last stage of a traveling event: given the importance of the event, the G.A.P. He decided to support the initiative, already sponsored by the Province of L’Aquila, organizing the expanded exhibition of Rome. This original nucleus of the collection, therefore, has already been exhibited in various locations in Abruzzo.

A second collection is instead made up of the works of some members members of the G.A.P. who wanted to exhibit their work as a tribute to testify their adhesion to the event: these are works that reflect on the human condition in physical and existential suffering, in relation to the man’s ability to raise their fate. The chosen theme wants to be a sort of intimate and human parable of the tragic experience lived by the Abruzzo population following the events of last April.

A third part of the exhibition, which the Association has completed in collaboration with the Department of Public Security of the Ministry of the Interior, will instead be dedicated to the selection of the photographic works participating in the competition “A shot for L’Aquila” reserved for staff of the State Police who lent help and service to the Abruzzo population after the earthquake.

On March 31, the paint day, the turnout was remarkable: among the numerous visitors there were institutional and political personalities, including the prefect Giuseppe Maddalena and the director of external relations Maurizio Masciopinto. Strong resonance at the event was given by the media, present on the spot, through articles that appeared on local and national heads and sites, such as La Repubblica, Sky Tg 24, Adnkronos, Exibart, Iris Press, rebirth and culture, omniroma, all Abruzzo; Interviews on Radio Rai who advertised the event on the occasion of the anniversary of the earthquake; Services broadcast by the TV news such as Rai 3, where interviews with the prefect and curator of the exhibition appear.

What fascinated in particular visitors was the message that the exhibition intends to leave: to enhance a feeling and a life of a people, immersed in their tradition and in their beliefs, despite the destruction and loss that has achieved it.